Gary Gaessler is the VP Sales & Marketing at Cloud Elements, a platform that reduces the time and costs to develop and run Cloud Applications. Previously, he was the VP Sales of StreamStep, which was acquired by BMC Software in 2011. He is also the Co-founder of VoipReview-  the world's largest site for VoIP reviews, which was acquired in 2008. In addition to his expertise in marketing and sales, Gary is a leader in the Denver startup scene, helping entrepreneurs of all kinds launch companies in Colorado and beyond through platforms such as 1Million Cups, the Founder Institute and Startup Grind.

Gary is a speaker of the Startups of Puerto Rico Speaker Series, presented by the Puerto Rico Science, Technology & Research Trust, The Founder Institute, Piloto 151 and Ferraiuoli. Featuring successful entrepreneurs and innovators from abroad, the series will serve to share their experiences on in building world-beating companies for the next economy. 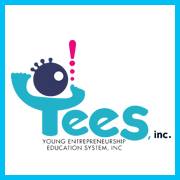